We would like to introduce the 100 year history of Nomura Trading group through the words and episodes of our founder, Tokushichi Nomura, which has become the base of our group’s Corporate philosophy system.

・Belief is the origin of all businesses.
・Rights, not profit should be contested.
・A customer’s profits should be placed ahead of self profits, etc.

An episode in Japanese history where the words Makujiku-shinzen can be found.

”Makujiku sinnzen” is a word considered to be the motto of founder Tokushichi Nomura.
The word is originally given by the Zen monk Mugaku Sogen to Hojo Tokimune, who was carrying out various country defense measures in the 13th century, and went to meet him as a teacher before a Mongol army attack during the Mongol Invasion. It means, “when prepared sufficiently, you should advance straight towards what you believe, while ignoring embarrassment and excess desires.” Tokimune made up his mind after hearing these words, and fought together with his vassals to overcome the national crisis. 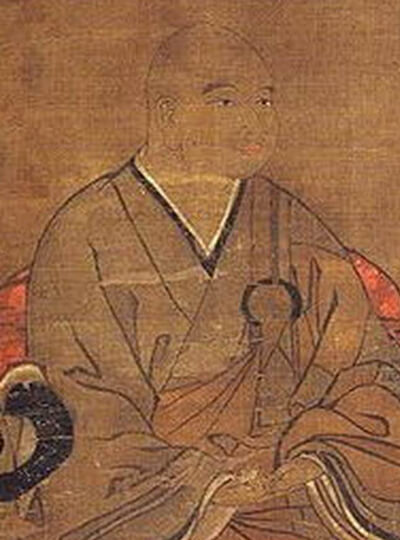 Nomura Shoten was incorporated as a corporation in 1917 when starting overseas operations, and the following year in 1918, Osaka Nomura Bank (currently Resona Bank) was incorporated, and an advance in full scale into the industrial field began. Nomura Gomei Kaisha was incorporated in 1922 and also began to manage all affiliated businesses, leading to the creation of the conglomerate. The company emblem of Nomura Trading includes the yamato mark (double mountain shape and “ト”) and the ivy, which is the family crest of the Nomura family, and Tokushichi Nomura selected it as the emblem of the Nomura business group. Although the conglomerate was dissolved, Nomura Securities, Nomura Shokusan, Nomura Construction Industrial, Nomura Real Estate Development, our company, and the others which kept “Nomura” in their name, still continue to use this emblem, but in differerent colors. 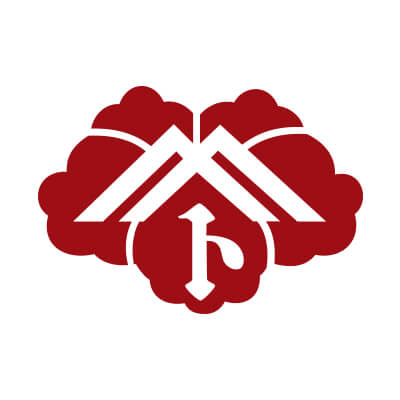 Because the Nomura group was chosen as a conglomerate by GHQ to be dissolved, the companies previously under Nomura Gomei Kaisha became independent. The trading division of Nomura Shokusan Boueki became Nomura Trading Co., Ltd., but the real estate and the Agriculture/Forestry departments split and became Nomura Construction Industrial Co., Ltd. Later, Nomura Shokusan Co., Ltd., separated and they both continue today. Nomura Bank turned into the Daiwa Bank in 1948, merged with other banks in 2003, and turned into Resona Bank Co., Ltd. Nomura Real Estate and Nomura Research Institute have split from Nomura Securities, Inc. Nomura Mining later split into Hokko Chemical, Inc., and Nomura Kosan, Inc., and both continue today.
Currently, the term “Nomura group” is only used by those companies affiliated with Nomura Holdings Inc of Nomura Securities.

There is Tokushichi Nomura’s statue in a receptionist of the Nomura Trading Co., Ltd. Tokyo head office.
It is old, since the damage had arisen in many parts, it had been kept carefully in the Osaka head office, but it was restored by volunteers in 2004 (Heisei 16). An explanation was made of Tokushichi’s record on a pedestal of a statue, and it was also to be embedded.
In this way, the bust which became new is still looking at the visitor and the employee every day.
Activity of this team became various forerunners for employees to move spontaneously at the severe time. 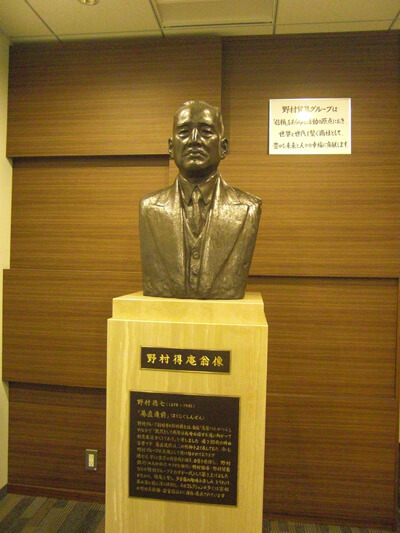